Last week ReQtest was at TestBash in Brighton, UK where over 150 testers were drawn together for the event. The sessions at TestBash were highly educational and presented by respected individuals from the testing community.

Carla, our online marketing and new partnerships manager and ReQtest’s representative at TestBash said that TestBash was an educational experience and that it was truly awesome to sit amongst so many testers and like minded people while learning new things from true experts in the field.

Here is what Carla had to say about TestBash!

“Some TestBash attendees woke up as early as 6am for a group run while others opted to attend a Lean Coffee session with Lisa Crispin at 8am.

I attended Lean Coffee. It was a truly great way to network and bring together a friendly group of people coming from different backgrounds.

People sit at a table and are asked to write topics they want to discuss. Once this is done, everyone votes for their top three topics. The top three topics are then queued up in popularity and the team is given 12 minutes to speak about the topic. If the topic is popular then the team is given the choice to speak about it for a further 4 minutes, until the topic was completely discussed.

My team consisted of people from different areas of testing, and so included testers from large companies, independent testers, as well as companies representing testing tools. My team’s top three topics were: ‘What are the last 3 things you improved?’, ‘Crowd testing’ and ‘ Do projects always need testing?’) My favourite topic was the latter. 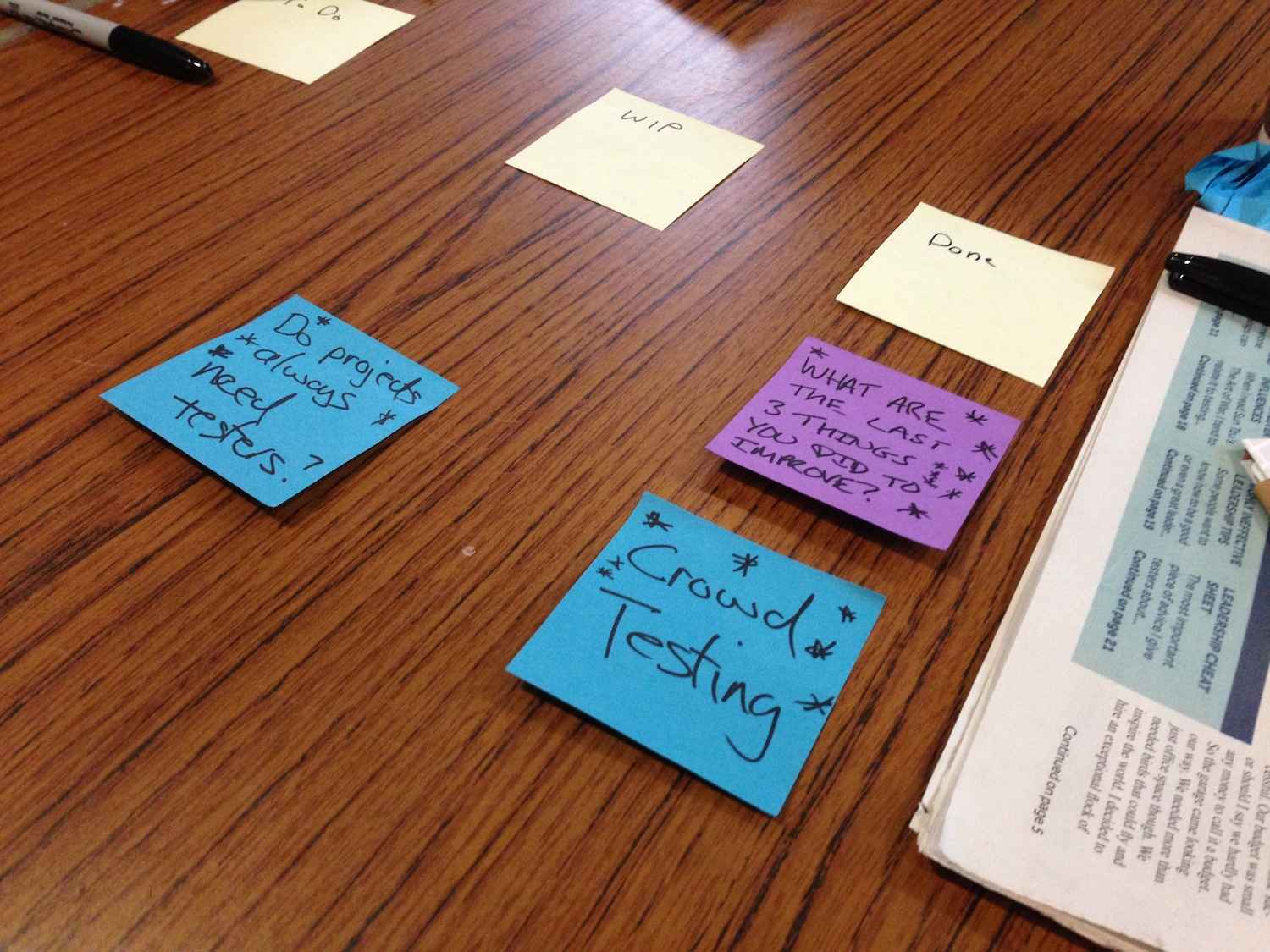 The day continued with a number of interesting sessions.

James Bach spoke about ‘A Galumphing We Will Go’, and gave a brilliant example by sharing this video of a guy screaming into a server rack:

Essentially, a scream into a disk shelf changes the I/O responses due to disk vibrations and the takeaway message is to expect the unexpected, always.

Matt Archer questioned whether testers should learn how to program and presented and discussed Test Automation Polarities and balancing test automation techniques. Read more on that here – t.co/V3XJAEKdHg

Stephen Janaway took us on a more psychological path by connecting Maslov’s hierarchy of needs and adopted it to testers. A sadly unclear pic of Stephen and his best slide can be seen here –

Tony Bruce‘s session was called “You messed up. Your code is terrible” and it was excellent!. Here is a pic of Tony and a very bored looking Grumpy Cat –

Huib Schoots connected ‘What testers can learn from social sciences’, and proposed that all testers ask: “Huh? Really? So?” This applies especially when thinking critically about requirements.

The 99 second talks closed TestBash. Amongst the speakers were some quick and clever bursts of information. My favourites were a clever poem about testing and TestBash and one guy who started out by saying “I’m agile tester working on an agile’ish’ project”

It was great to go to TestBash and connect with people in an educational experience, and of course it’s always great to meet and talk to like minded people!”