Taking the lead: What every tester should know about leading teams

This article is intended to be a primer on the basic issues that leaders heading testing teams, or any other work teams, are bound to encounter in their role. If leading teams is in your remit or in your plans, this article is for you.

I discuss points such as: balancing task issues and people-related issues, the principles underlying the forming of a harmonious team, using blame and support correctly, as well as define four different leadership styles.

Read on to find out how you can improve your leadership qualities, or prepare to become an effective team leader someday, leading teams to success.

Leading a software testing team is very much like mixing chemicals in a laboratory. Instead of handling acid and base solutions however, you get to experiment with managing volatile tempers, unpredictable testing outcomes and a lot in between.

Every testing project brings together a certain task that has to be completed and people who have the knowledge to do that interspersed among their personal emotional issues and beliefs.

Connecting expertise with problems, whilst dealing with any personal matters that come up is the hallmark of a good leader. This can be achieved by giving enough attention to task-related issues without neglecting the people-related ones, including work- and home-related ones.

A leader who keeps his or her finger on the team’s emotional pulse can better focus the team’s energy on the problem at hand. This demands a certain flexibility from the leader, who must be able to comfortably take on multiple roles, such as friend and coach, but also boss and judge, in order to resolve people-related issues and redirect that energy into the project.]

2. A continuous struggle: Self-interest vs Group-interest

Any leader is as good as his or her ability to focus the team members’ attention on a common goal and encourage cooperation between them to reach it.

Accordingly, nurturing a strong team spirit is one of the fundamental steps in any successful project. This doesn’t necessarily require any deep understanding of human psychology; the basic principles of teamwork you’ll need to keep in mind are the same as those in the school playground.

Remember, just like water settles at the lowest level it finds, so will a team adopt standards that are only as high as those of the person they all look up to.

A good leader will try to encourage group harmony by encouraging a degree of sharing at each level. While the example of the pen might sound infantile, an equally ‘physical’ aspect of sharing is spending time explaining something to a colleague or backing them up if something urgent crops up.

The group’s culture at work mainly rests on a system of blame or support. A ‘tester eat tester’ scenario of total, relentless blaming feels a lot different than one where people are willing to give each other a helping hand.

However, even the latter can be problematic, especially if certain team members start taking advantage of their kind-hearted colleagues (refer to the ‘Share’ point above).

As a leader, you must take the initiative in establishing how the team reacts to a crisis. Taking a middle-way approach of tactfully pointing out areas of improvement to people whilst giving them the resources necessary to improve performance will enhance the team’s experience and transform problems into a learning opportunity.

4. But in the end worth it: Finding your leadership style and motivating people

Being a leader is not a piece of cake.

The role requires you to be flexible enough to interact adequately with a wide variety of personal typologies without losing focus on the end-goal: completing the project on time and delivering value not only to the client but also to your organization.

Leaders have to be aware of a lot of things at once but, amid the distractions at the workplace, one thing they tend to lose sight of first is their own weaknesses and quirks.

Just like psychologists have proposed different types of parenting styles, there are similar leadership patterns which people tend to fall into. Being aware of the behavioral patterns you exhibit when in a leadership role is critical in order to push yourself to becoming a better a leader. 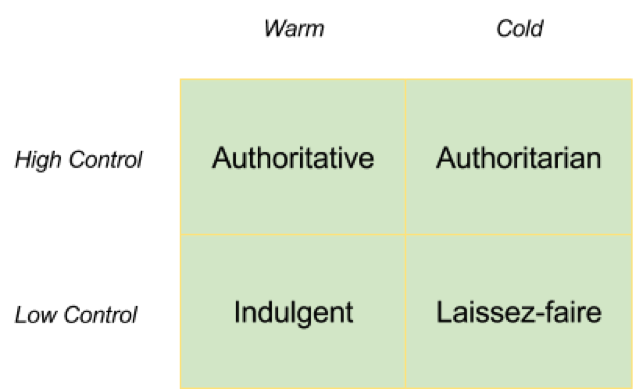 Figure 1: Leadership styles according to levels of control and attitude towards team.

As the figure above shows, leadership styles can be categorized into four depending on the particular combination of control and attitude displayed. Modelling yourself in the fashion of authoritative (also known as ‘democratic’) leaders is the best way to be an effective leader and prevent motivation levels in your team from flat-lining.

Are you or have you ever been in a leadership role?

Share your experience and the lessons you learnt in the comments below and let us know what else should aspiring tester leaders be aware of that I didn’t mention in this basic primer.