What is Shift Left Testing?

Shift Left testing is a method used in the early stages of software development. It helps to eliminate bugs and build quality code throughout the project – from start to finish.

Let’s take a look into what Shift Left testing is and why it is useful for high-quality software? 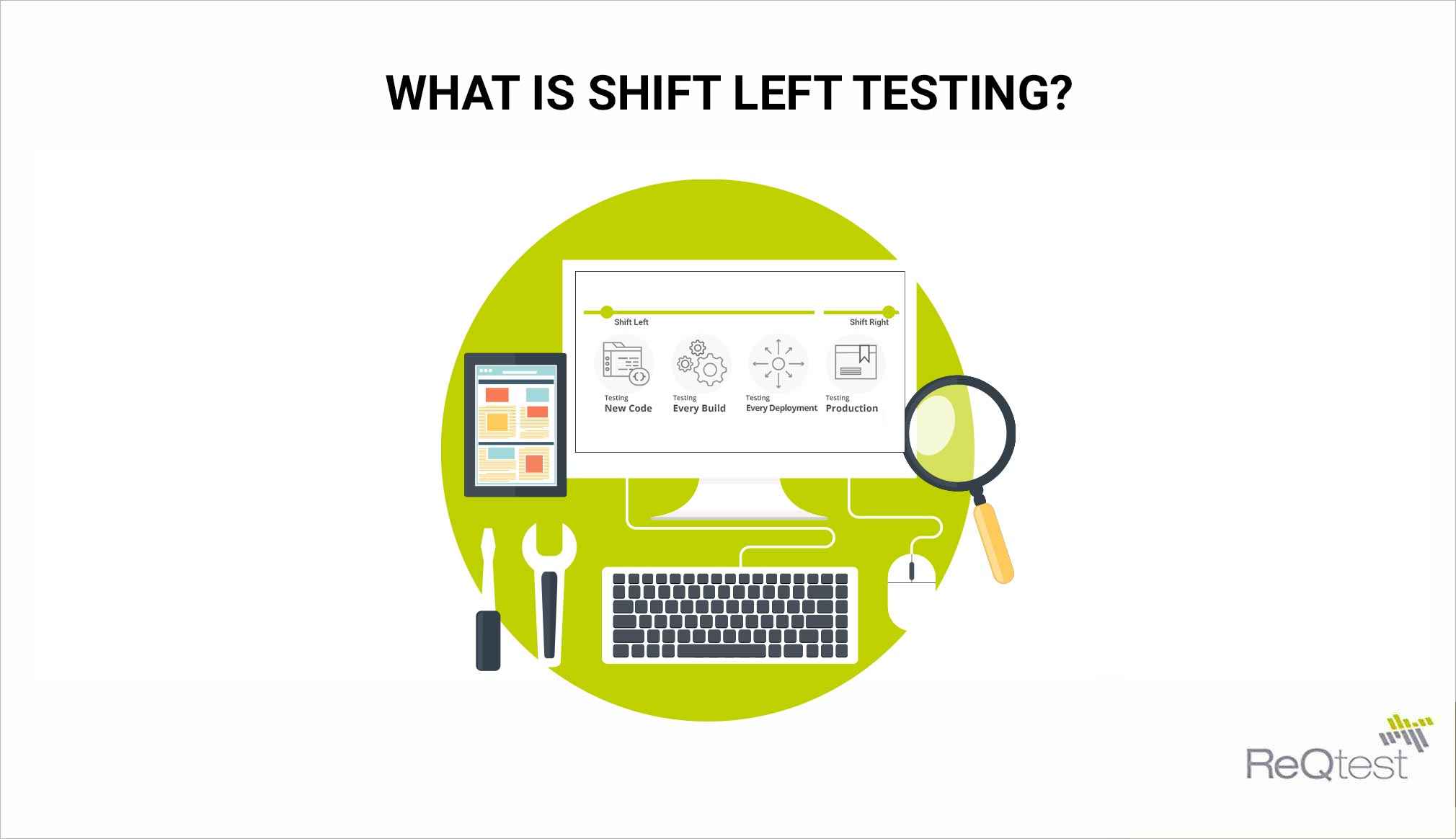 What Is Shift Left Testing?

Think of the software development life span as a horizontal line, running from beginning to end. Shift Left testing is about moving the testing phase to the left side of this timeline – or towards the start of the project. This approach of testing as the development starts results in a different software development process altogether.

Introducing testing during the early stages aims to avoid finding bugs or problems at the last moment. Achieving zero bugs during the deployment phase is critical because if there were issues at the start, they could become problems as the software development progresses.

When developers find defects at the end of the process, it can increase the challenges in handling those issues. They can be more expensive to fix and difficult to solve. Defects uncovered in later stages can make you lose valuable time and even impact the customer experience.

However, it is easier and cheaper to fix issues at the beginning of the process. Finding defects early in the development process can prevent expensive project blockers in the future.

That is the core ideology behind the Shift Left testing methodology. This approach involves developers, customers, and every stakeholder of the project.

Here are some of the advantages of using the Shift Left method.

As discussed, bugs found later on in the development process can result in enormous expenses. It is because they require significantly more work, time, and effort.

Defects found at the beginning, though, are generally quick and easy to fix. Saving time in software development means saving money, and Shift Left testing is a great way to achieve this.

Throughout the development process, the codebase will have a higher quality. It is the idea behind testing early. If your code starts with quality, you will have a stronger foundation and an improved set of code throughout the project.

Incorporating the testing phase at the start of development means that there would be less of rework. This kind of time-saving means that deadlines will be easier to achieve. It will result in happier clients, as well as highly productive teams.

Developers and Testers Work Closely Together

Shift Left testing encourages collaboration. By placing testing at the start, developers and testers become more involved with each other’s work. It can help to reduce friction and improve teamwork across the project.

Shift Left testing doesn’t only move the testing phase earlier, but it also allows for more thorough testing throughout the process. Test coverage gets increased with this method that allows for more bugs to be resolved. Thus, resulting in smoother functioning of the software.

Using Shift Left testing makes test automation easier to deploy for your software. It is another way of improving test coverage, as well as removing the risk of human error. Increased testing and more automated testing will result in a better outcome.

How To Perform Shift Left Testing?

From the start, developing and testing needs to progress alongside.

Through this collaboration, testers and developers can come up with creative solutions to solve any problems they may encounter. It is the only way to smooth out any bugs and start developing high-quality software.

First, the team will need to agree on the same coding standards. It puts everyone on the same page, makes testing quicker. Then the team needs to choose the tools for the agreed-upon codebase. In the next step, they need to integrate testing as soon as possible. Using the Agile method in development works well here, as this uses small portions of code at a time for frequent testing.

The development team should also consider automation. As mentioned, Shift Left testing involves frequent testing. So, automating the process can save plenty of time and errors. It is easy to automate in this approach. It also helps to speed up the development process.

Working as a team, testing early, and automating the process is key to running a successful Shift Left project.

There are many different approaches to take when developing software. Shift Left testing is becoming a popular method to follow due to its many benefits. Any team looking to save resources and avoid major coding disasters should consider following this methodology.

Test early and frequently. It is one of the best ways of ensuring a smooth development. Shift Left testing works particularly well in Agile and is a good friend of automation. So, find the right tools, find agreement within the team, and start testing early.