Communication is always an interesting area. A case I will always remember is a project where I was working as a test manager. The project was the creation of a retail computer system for a major client in the FMCG (fast moving consumer goods) sector.

Ten years earlier, this customer had made a strange decision; they had outsourced all IT tasks. This might work okay, but they had also chosen to outsource all requirements managements, system owners etc, so they no longer had the competence to order changes in their own IT systems.

This project was the first project where they slowly began to build up their procurement skills again, so they were not accustomed to ordering and testing major new IT systems.

One thing that we seldom allocated enough time for is to specify error messages and other informational messages from the system. What often happens is that you leave it to the developer to write these. Of course, developers are often better at writing code than writing educational messages in proper and correct language, however that was only half the problem here.

As mentioned earlier, in this project most of the developers were situated in Finland so if we forgot to do translations for new system messages, the text turned up in Finnish. Understanding Finnish is a skill that most Swedes do not possess (we understand Norwegian and Danish for the most part, but Finnish is stretching it for us :-P). The target group of this system was people sitting at the counter of a supermarket, aged 16 to 65 years, so the system must be super clear and all texts in a language they understand.

Have you ever played the game Chinese Whispers? A bunch of people sit in a circle and one whispers a word to the person sitting next. He will in turn whisper what he thinks he heard to the next person in the ring. When everyone has passed on the word, you compare the last word with the first. Sound familiar? 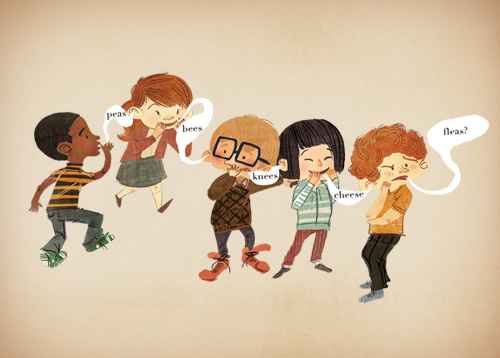 The requirements of my project were very similar to Chinese Whispers, because what someone wrote in Swedish became something slightly different in English and then even more different in Finnish.

Nevertheless, the project was a success, but it was delivered very late and was considerably more expensive than what the customer had in mind from the beginning.

The project lasted for several years and after a while, one of the developers had moved in with one of the business specialists. The developer worked from home sometimes and at one time he worked on a new feature that his girlfriend really wanted. She said something like “when you build this feature, it is important that x, y and z happens.” The developer’s answer was “I know nothing about it, my boss has given me other priorities”. “But that is in the requirement specification, I know, I wrote this part.”

The hapless developer boyfriend could only answer, “What, there is a requirement spec? I’ve never seen it.”

The original requirements spec left a lot to be desired. In the beginning there were a number of obsolete systems that our system was to replace. The customer made it easy just by stating that the new system should do the same as the old systems but with a modern user interface. What they forgot to say then was “do not build this feature, that we no longer use” and “change that feature while you’re at it, as you know we have been complaining about it for years.”