The day we found no bugs

One might think that software testers thrive on developers’ mistakes or mishaps. Rejoice, even. Little do they know that lurking in the depths of every tester’s heart is the desire to test a piece of code and not find anything wrong with it. After all, as testers, we are part of the dev team and our job is to improve the quality of the system under test, mostly by giving early feedback to developers and management about quality of said system. On the other hand, the ugly truth is that the idea of bug free software is unheard of in the software tester world, as it would defeat the whole purpose of having software testers in the first place. Or would it? 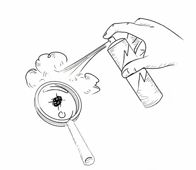 When you’re in a team of testers working on the same project and testing the same application, the main challenge you are most likely to face is making sure that each tester has his or her own modules to test. In other words, not stepping on each others’ toes to avoid unnecessary double testing and not waste any valuable project time. Delegating work is a project manger’s responsibility you might think, right? Sure. Think again.

I started my day as usual. Installing the latest build and running through the previous day’s bug fixing. So far so good. There were the usual misunderstandings and the likes of “cannot reproduce this” but that’s OK. I can live with that. I continued by going on to test a new module which for common mortals might not mean a thing, but for us testing freaks is quite intriguing.

After the first iteration, I realized that I hadn’t reported any serious issues or bugs and the application was very stable throughout. I made myself an inhumanly strong cup of coffee and proceeded to retest.

Again, I was quite impressed with the flawlessness. Was this developed by a cybernetic organism? Did some form of divine spirit possess the developer’s body during the whole coding process? I turned to my testing colleague and expressed my astonishment, to which she had to say the exact same thing. We stared at each other for a few seconds. Then came the obvious illuminating question. “Wait….what module did you say you were testing?”

The day we found no bugs ended up being the day we wasted valuable and irreplaceable project time. It had remained a secret between the two of us. Right until now.