A product release plan details the development of a specific feature from beginning to end in a series of sprints.

A release can consist of anything from one to multiple sprints. It is be the product owner who decides which feature to release and when. This decision should be based on when customers need the functionality, not on when the development team thinks it’s the best time to release it.

Therefore, a product release plan is as a communication tool that can be used within the team and in coordinating their efforts with external stakeholders.

Refinement is never prepared for a long time in advance since we do not know so much about the future beyond the next few sprints. 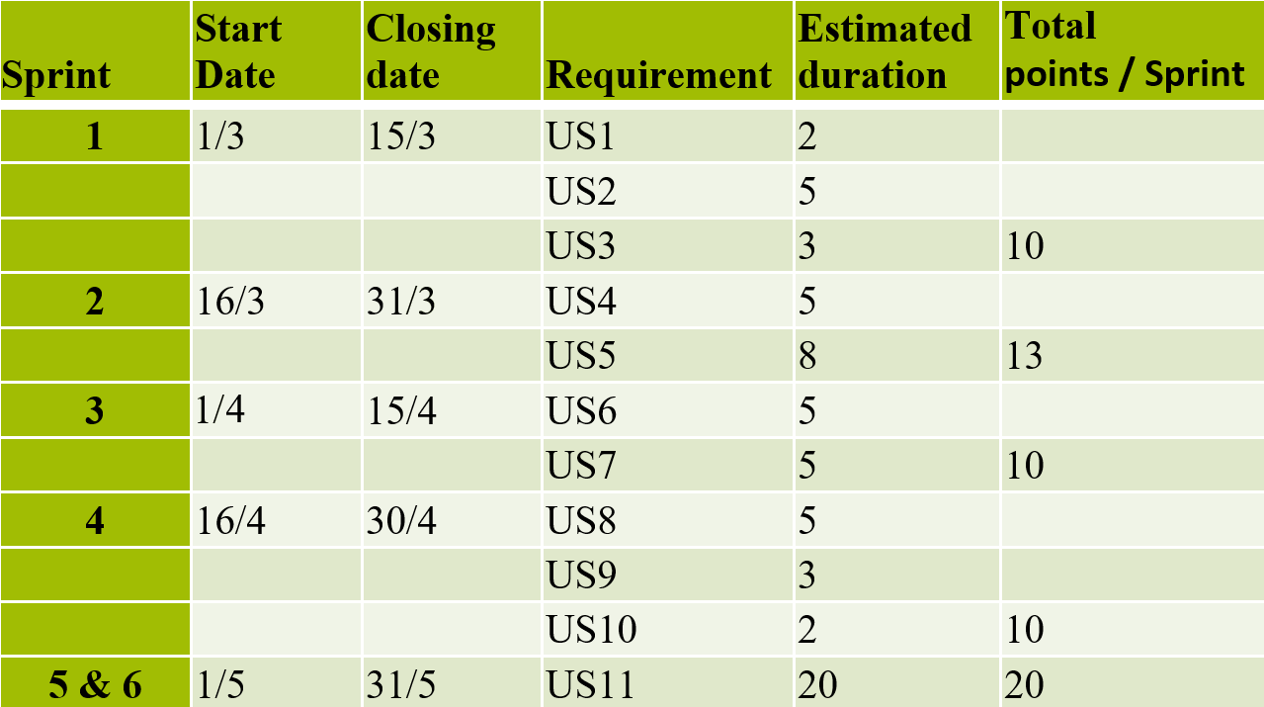 Example of a release plan

To follow up the sprint, different metrics are used. Common metrics include:

A burndown chart shows team velocity and the rate at which work is done. You can also add information about the amount of work that has been added during the sprint. The purpose of the burn-down chart is to be able to predict whether future tasks will be completing during the current sprint or upcoming ones.

The burndown chart should be updated continuously when team members move their activities.

With ReQtest, the chart is updated constantly and automatically. It is possible to draw the burn-down on a whiteboard, but this is problematic if you’re working with a distributed team or if you need to display the chart to other people who aren’t sitting in the same room as the development team. Testing software like ReQtest makes it easier to share this chart with other team members and stay on top of the team’s progress.