How to Succeed at a Sprint Demo

It feels good to show off the results of your efforts, and it’s equally enjoyable to receive the approval and feedback of a crowd that’s committed to support you.

I’ve written about accountability in my last post, so it was only natural to follow it up with a discussion of how to succeed at a sprint demo (or sprint review), which is basically ‘show-and-tell’ for IT geeks who do Scrum. 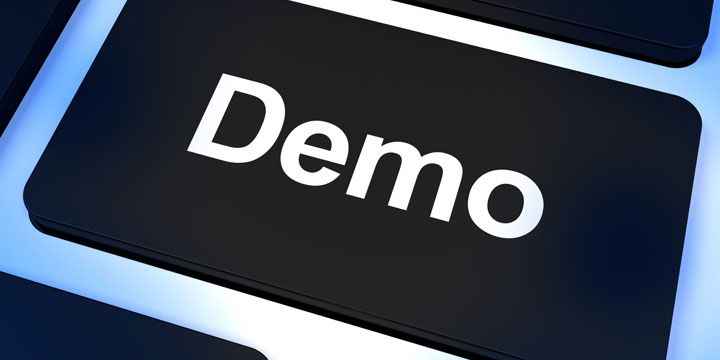 A sprint demo is a weekly meeting that brings together product owners, Scrum master, developers, testers and the rest of the Scrum team, as well as end user and other external stakeholders of a project, such as sales, members of the steering committee, or business managers.

There’s no pretence at formality during the meeting. For a sprint demo to work it needs to take place in a candid environment where people can feel comfortable (your first tip to success).

In fact, feel free to do away with the PowerPoint slide decks and bring in something to nibble on instead!

The purpose of the sprint demo is to give the Scrum team time to demonstrates what they have accomplished during the sprint. The developers get to hog the spotlight, but it’s the product owner that calls the shots.

A sprint demo ultimately culminates with the product owners accepting or rejecting the delivery of the work accomplished so far.

Even though a sprint demo isn’t meant to be an overly-complicated affair, there are a few principles which can make it a more useful and effective use of everybody’s time.

Ideally, you should go with one-feature-per-person, which ensures that every developer gets to cover their feature comprehensively during the allocated time.

Try to avoid getting sidetracked while presenting; instead focus on making a cogent argument about this one feature.

A typical agenda for an individual developer presenting would include:

It is the scrum master who orchestrates the sprint review each time it happens, so he or she is accountable for setting the sprint demo agenda and ensure that it is circulated among the participants ahead of the meeting.

Here’s what a typical sprint demo looks like at ReQtest:

Before the meeting, the product owner should have the opportunity to check what is being delivered by the team and compare it with the original goals set for the sprint.

Ideally, the product owner shouldn’t be in for a surprise during the actual demo, and any conflicts or need for clarification should be sorted out beforehand.

A project management and planning tool like ReQtest helps you keep track of your team’s goals for current and upcoming sprints.

This information can be easily shared with stakeholders and ReQtest will help you minimise the risk of running into any unpleasant surprises just before your demo since you have the all the relevant data, including project statistics, burn-down charts, always at your fingertips.

#4 Don’t leave before deciding about next steps

After the product owner confirms that the requirements in the current sprint have been delivered according to initial goals and as per the outcomes expected, he or she has the opportunity to give feedback to the entire Scrum team and hear their recommendations in turn.

After both positive and negative points have been thoroughly covered, it is time to talk about the next sprint demo. This is an essential step.

It’s very easy to focus too much on the current tasks, and forget about the overall picture, so the final moments of the sprint demo are should be spent thinking about middle- to long-term concerns and what can be done right now to resolve any issues and capitalise on the opportunities that may arise.

The sprint demo is a great opportunity for the Scrum team to shine together and showcase the results of their hard work.

Even though the meeting is meant to be informal, there are some principles which can help you have a more successful sprint demo and obtain useful, actionable feedback that will help the whole organisation to keep on the right track.

We have some useful insights for you
Click the links below to read highly informative articles that will help you to excel in your role.